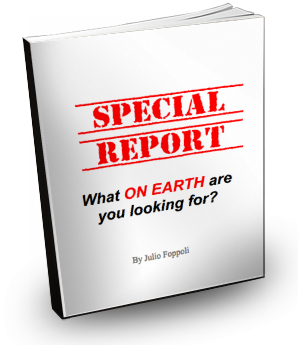 Today I am going to share with you an excerpt from my special report that unveils the lies behind most Spanish Language courses. (To download the full report for free,  please RIGHT CLICK HERE and SAVE AS.)

(…) “Interaction” is a very trendy word used in the sales pitches of almost all language programs on the market today, and research mentions how crucial it is in language acquisition.

So when language companies state that their program is interactive they are telling you the truth. In fact, almost all language prograns are interactive. The problem is, these corporations are only telling you half of the truth.

There is no greater lie than half of the truth. What is happening with most Spanish programs offered today is that they are failing to mention some crucial information that makes all the difference. Many even go on to say that they are the only thing you need to become fluent like a native Spanish speaker or at least extremely proficient in the language in as little as 10 or 20 days! That is just ridiculous from any point of view!

But what language research shows is that you cannot learn a language without “human” interaction. And pay attention to that word “human.” Most Language Programs use flashy images and videos, and pristine sound and appealing activities to mask something that is just not there: “human” interaction. What happens with 99% of language programs is that their marketing is totally misleading. Some even claim that their courses are used by governments and schools, but they fail to mention that in those situations, a teacher used them in a class. That is a complete different ball game as one would assume that in that scenario there was indeed human interaction.

But it all boils down to one question: how can you become fluent in conversation if all you get is a CD or a DVD and no one to speak with?

You may learn repeat a lot of phrases, and listen to some cool phrases, but that is not interaction. That is training to become a parrot. A parrot can say a lot of things, but does it mean that it can communicate and interact?

In most “interactive courses”, you simply interact with a computer. But a computer accepts a certain limited number of answers, in some cases just one. In a real situation, there are hundreds of possible answers that you can get even from the same person! That is why human interaction is paramount to language acquisition!

Without human interaction, even the best materials in the world are not going to be enough for you to communicate effectively beyond a very basic level. (…)

[If you think you will become fluent in Spanish from just a CD or DVD Course, think again!]

Speak Spanish Fast!
By far the Fastest
& Most Effective
Starter Spanish Program.
Speak Spanish in as
little as 10 minutes
from now!
www.jumpstartyourspanish.com

Learning Spanish
Through Jokes?
Learn the conversational
Spanish that Spanish
programs will never
ever show you.
www.spanishthroughjokes.com